Big Brother is watching you!

It’s a nice summer day, you wake up, and you’ve been talking to your friends for several days about going to the beach. You check your phone before driving to the beach and show your friends a funny video you found on YouTube; an advertisement immediately pops up showing you some product to entice you into buying some sunscreen. You think it’s odd since you haven’t been searching for it other than mentioning going to the beach with your friends so you don’t think too much about it. On your way to the beach, you sit back, relax, write an inflammatory tweet on Twitter as a joke. You have a nice enjoyable day at the beach, however, almost everyone uses their phone a lot in it; you reminisce about the days you’d barely see phones at the beach, but you just think to yourself “times change”. You go home, you check your phone only to find out that a Twitter algorithm has banned you for your tweet. While it’s a scary scenario, it’s a realistic one. It’s a movement towards a Huxleyan society, without the general public even knowing about it.

Great is truth, but still greater, from a practical point of view, is silence about truth. By simply not mentioning certain subjects… totalitarian propagandists have influenced opinion much more effectively than they could have by the most eloquent denunciations.

Just with this simple example of intelligent advertising and this quote given by Huxley, you’ll probably think to yourself “Hey, I’ve had advertisements that were a bit odd as they relate to what I’ve been talking about with certain individuals”. You’d be right to think so! It is but a simple realization; it is definitely happening, but most individuals are unaware. Algorithms are slowly but steadily being used by governments, corporations, and even agencies that are supposed to protect us; to spy on us, use our data for either their own financial gain, gain of information, or to filter and push a narrative onto you by erring you into a certain political standpoint.

With technology having grown so much and becoming such a huge part of our life, it is easier for governments and these corporations to use it all to their advantage. AI – a beautiful tool with so much potential – is being abused in so many ways just for these gains and our world – planet Earth – is starting to look like a Huxleyan civilization, both in the West and the East; we don’t even seem to realize it as we ride the wave of pleasure and let our dopaminergic system be the guide of our lives.

One thought on “Big Brother is watching you!”

“The changes are so profound that, from the perspective of human history, there has never been a time of greater promise or potential peril” Klaus Schwab, author of The Fourth Industrial Revolution Humanity is experiencing a time of rapid technological development. Advances in Artificial intelligence (AI) and its ability to augment automation are seen as […] 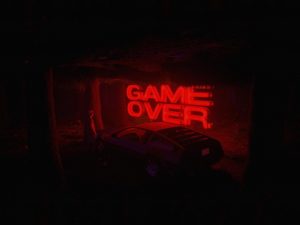